Skip to content
Home|Posts|What is a Stateful Firewall
Next

What is a Stateful Firewall

Stateful refers to the “state” of the connection between the outside internet and the internal network. A stateful firewall keeps track of the connections in a session table. When a packet comes in, it is checked against the session table for a match. If a match is made, the traffic is allowed to pass on to its destination.

Older firewalls (Stateless) relied on Access Control Lists (ACLs) to determine if traffic should be allowed to pass through. In stateless firewalls, the firewall’s default rule is to block, then the ACL is used to tell the firewall what should be allowed to pass through it and in what direction (e.g. HTTP traffic, Email traffic, Secure FTP traffic…) 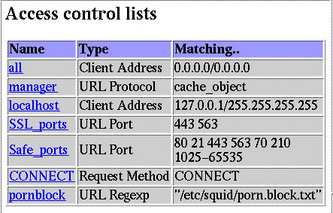 An explanation for the layman

When a user surfs to a website, he/she asks that website to send information back. As the user’s traffic passes through the firewall, the firewall records some information, namely the port where the traffic is coming from and the destination port. At the same time, the firewall creates an entry in the session table allowing for traffic to flow back in the reverse direction, so that the webpage can respond to the user.

When traffic returns to respond to the request, the firewall checks its session table and if a match is found, the traffic is allowed to pass, otherwise the firewall performs extra checks (i.e. it checks against an ACL/Firewall rules) to verify if the incoming traffic should be allowed to continue or be blocked altogether.

The life of a session (the amount of time the connection is allowed to stay open) can be determined a few different ways, by either specifying a Timeout in the Firewall, relying on Client Side Cookies which will remain for the duration of the browser session, or simply by the sessions being dropped from the table as it fills up.

Considerations for the Auditor

Stateful firewall determines what is allowed to come in based on what was allowed to exit. The next logical question to ask of the auditee is, “What safeguards are in place to stop unwanted or unauthorized traffic not only from coming in but leaving the organization as well?”

If a firewall is not configured to block all outgoing traffic and relying on rules and Access Control Lists put in place to control what internet traffic is allowed to leave the network, then a rogue app or piece of malware could easily dial out of the internal network and form a path back in for an exploit.

This is a very brief rundown and over time we’ll explore more of these items in detail. Feel free to leave comments, help us improve our posts and suggest topics for future ones!

A special thanks to Josh England, Sr. Security Engineer at Cox Communications, for his help clarifying and simplifying a few concepts for me.